The North Star Chapter breweriana club formed on April 8, 1973 as the tenth chapter of the national collectors club then known as the Beer Can Collectors of America (BCCA), just as the beer can collecting craze of the 1970s was starting to take off. As times have changed, so has the North Star Chapter. While the focus was almost entirely on beer cans in the early years, member interest has expanded into all forms of breweriana. Bottles, signs, openers, advertising pieces, you name it. To expand and better serve its membership, in 2008 the North Star Chapter became an affiliate of the two other major national breweriana clubs, the American Breweriana Association (ABA) and the National Association of Breweriana Advertising (NABA), in addition to the BCCA (which itself had changed its name, while keeping the same acronym, to Brewery Collectibles Club of America to move away from the strictly beer can reputation).

Today the North Star Chapter has over 300 active members mostly from Minnesota, Wisconsin and Iowa, but also from several other states and one Canadian province. The Chapter hosts a number of breweriana shows every year, including Guzzle 'n Twirl every October in Maplewood, Minnesota and Springfest every March in Bloomington, Minnesota, plus several smaller venues throughout Minnesota and western Wisconsin, most of which are co-sponsored with other regional breweriana clubs. 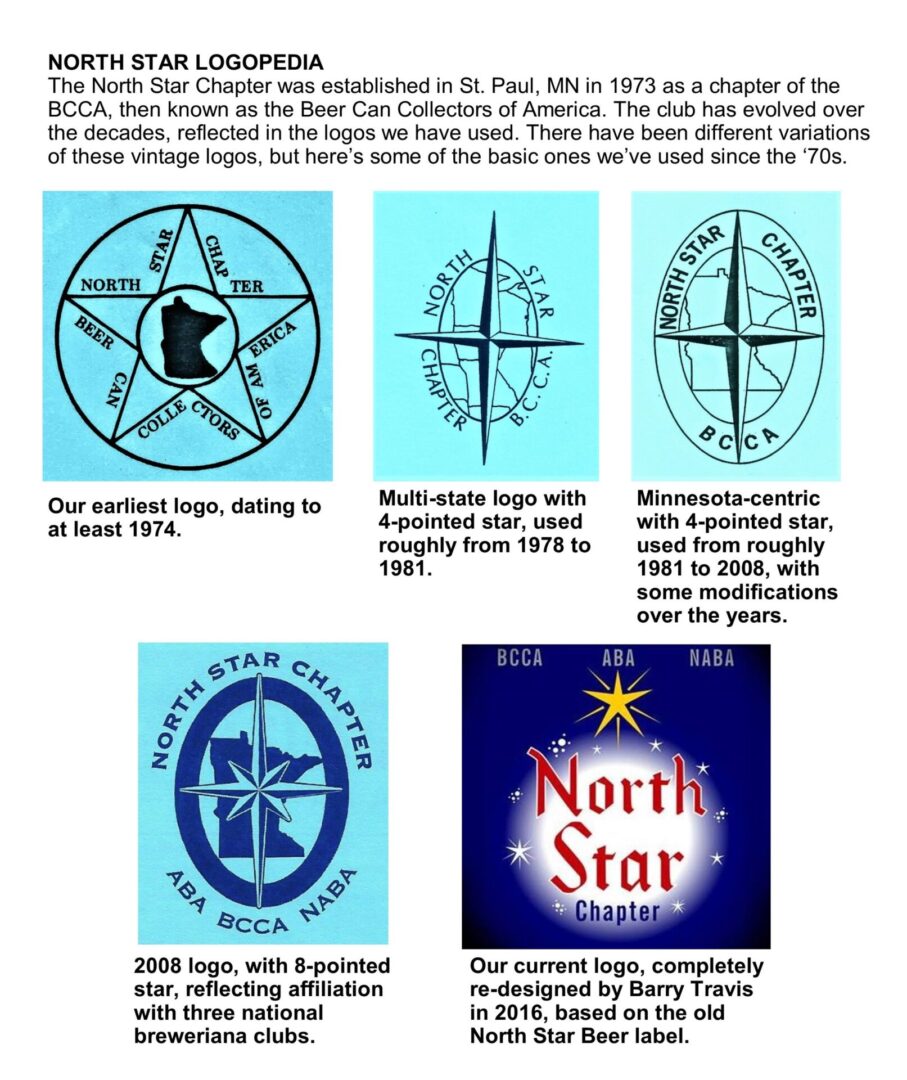