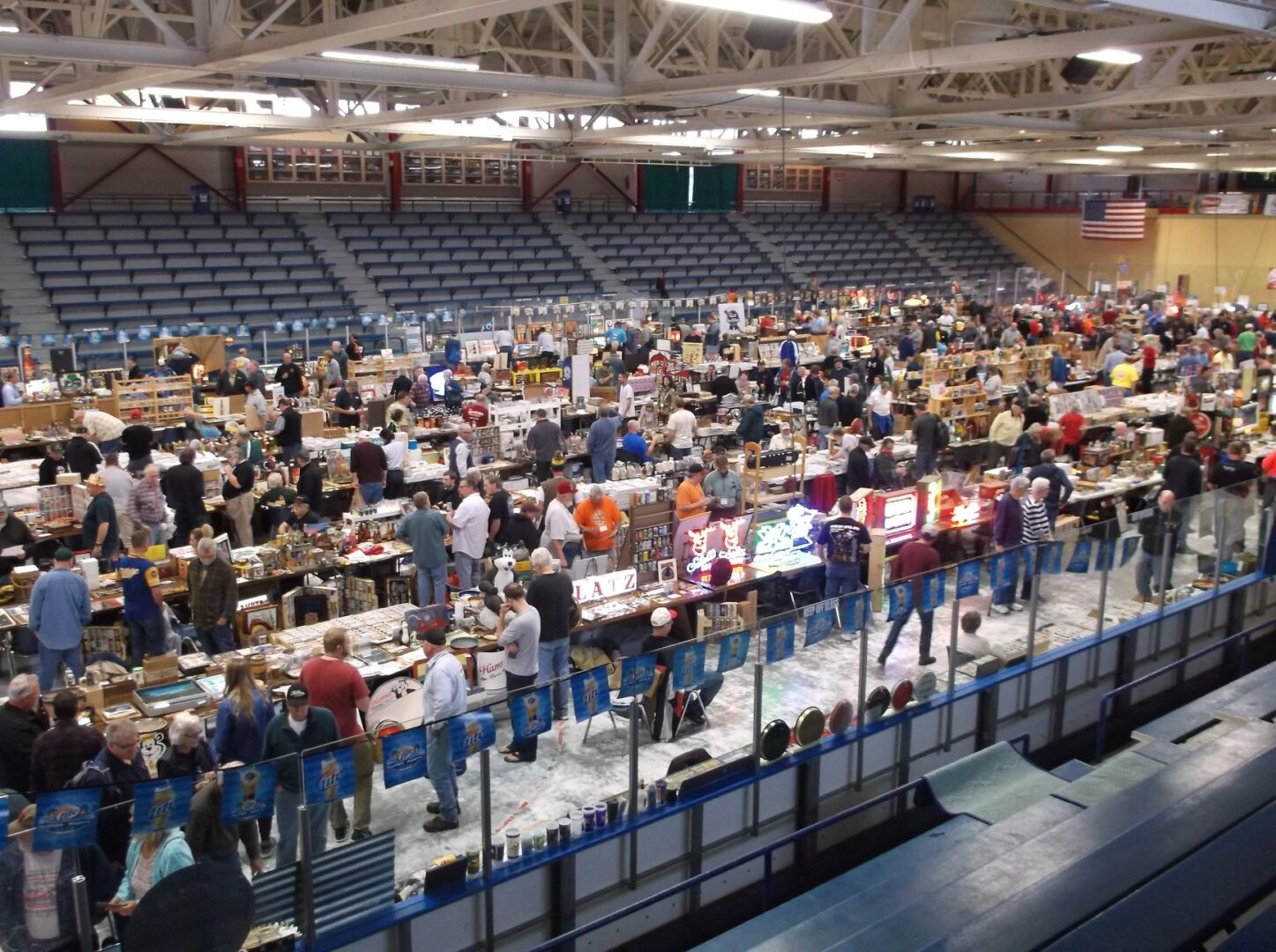 Guzzle 'n Twirl is the North Star Chapter's biggest annual event and one of the largest breweriana shows in the country, even rivaling the national club conventions. It began in November 1974 and in the early years the event concluded with a live band and dancing (thus the "Twirl" in the name..."Guzzle" is easy enough to figure out). For many years it took place at O'Reilly Hall in St. Peter's Catholic Church in St. Paul but in October 2001 it moved to Aldrich Arena in Maplewood, MN, enabling a vast expansion. An incredible event that has to be seen to be believed. 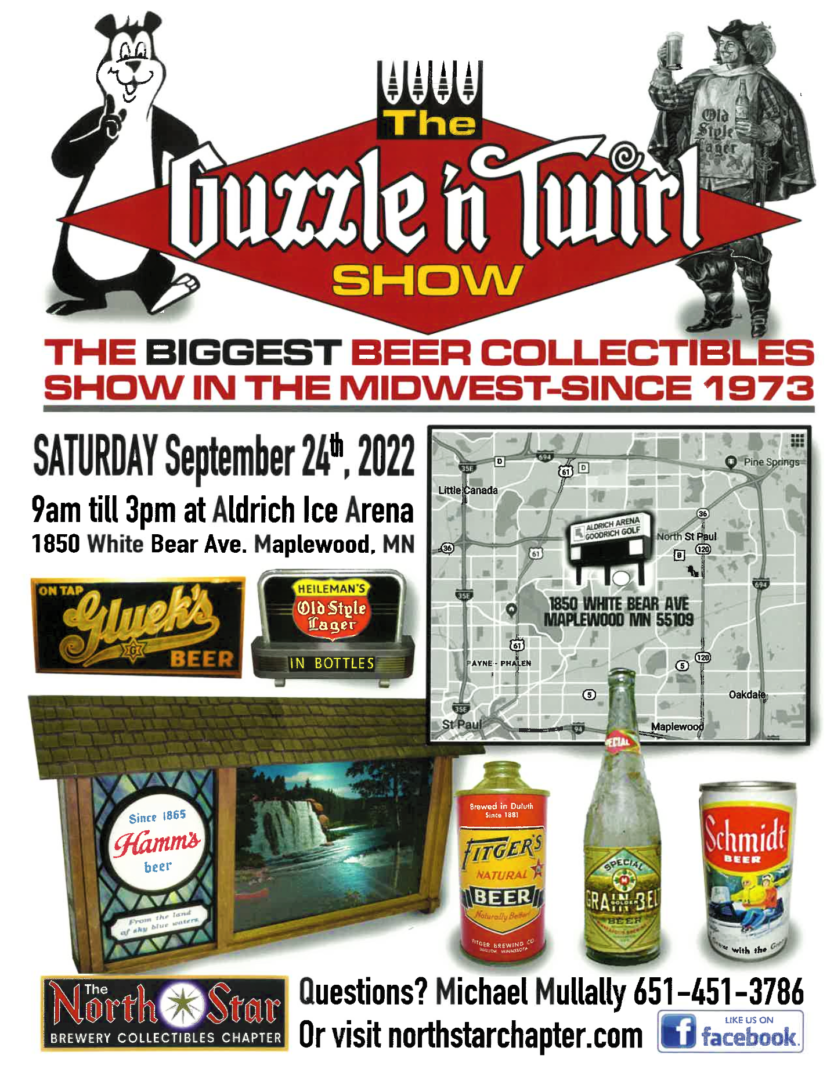